To keep it interesting, I decided to expand this blarg to also be about places which no longer exist. 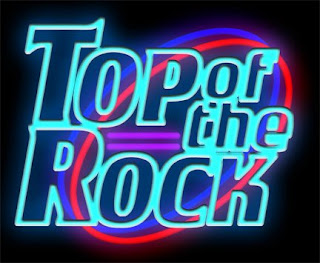 If you were a teen in the 80s or 90s in Grand Rapids, I'll bet you set foot in this certain all-ages club out on Alpine Avenue at least once, if not every week you could. The place went by a few different names during it's run. Thunderchicken, Red Zone, DV8... but it would mostly be remembered as Club 911 or Top of the Rock.
It seems a really unlikely situation for a successful club. It was a warehouse-looking building surrounded by woods, pretty far out on Alpine near 6-Mile. There must have been few options for underage kids in those days.
I had grown up in smalltown Michigan and though I wasn't a total hick, I would say I hadn't been exposed to a lot of different culture. When I found Top of the Rock in '87 it was like a different planet. An awesome planet!

I think it must have been a Thursday, which was their "alternative night."  The DJ was spinning stuff like The Cure, Erasure, New Order, Depeche Mode, Love & Rockets, Violent Femmes, Ministry and all sorts of other bands that were completely off the radar of the Top-40 that made up my musical experience to that point. The place was packed and these kids were getting down!  So much unnaturally-colored hair, including the dudes. Yeah, back home, the craziest thing anybody did to their hair is one kid had shaved stripes into the sides, Vanilla Ice style.
I know they did other theme nights other days of the week at Top of the Rock but I never went to any but the alternative nights. 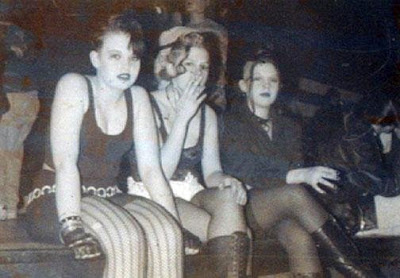 At some point in the night, I remember the music would change to some harder stuff.... I imagine them playing "Master of Puppets" and "Turbo Lover" but I'm not sure if that really happened but a slam-pit ensued. Something I had never really witnessed before, you know, in the country. Bunch of dudes alternating between going in a circle and beating the shit out of each other. If somebody fell down, somebody would always help them back up. They only did the pit once a night and only maybe 3 songs and then it would go back to dance time.
After a pretty unrewarding highschool experience, finding a place like this seemed like a breakthrough.  I went as often as I could.


Other things I can remember.... plenty of underage drinking, usually in somebody's car in the lot.
Sneaking people in. The kids who couldn't make the $3 cover would go around to the fire escape door and wait for somebody to open up and let them in.
Lots of groping and making out during slow dances.
Going there "on acid."
Donating plasma the day before in order to have enough money for acid and the cover to get into Top.
I remember the kids always calling it "Tip Of The Cock" har har.
Bands would sometimes play. I seem to remember that Information Society played there but I didn't go that week.
I am pretty sure a kid DIED in the place. I may have actually witnessed this. I remember finishing up on one of the video games in the little game room and walking out to find the music off and all the kids standing around the sides of the dance floor as a kid was being taken out by paramedics on a stretcher. He was mumbling delirious. Then at some point in the week I heard he actually died on the way to the hospital. Never found out what had really happened. 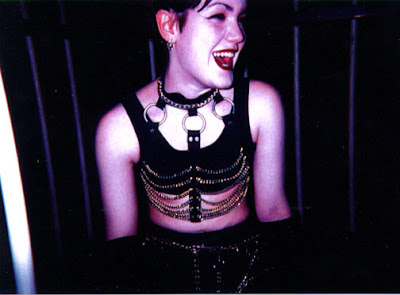 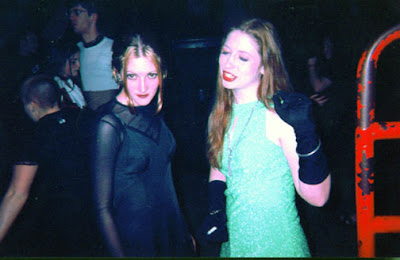 I am not really sure at what point or why they started with the name-changes but I remember in the 90s it became Club 911 and new generations were coming in as other kids were getting old enough to go to bars and moved on to Reptile House or "Alternative A to X" at the Orbit Room.
A lot of the people I still have contact with from back then are younger than me and will remember it more from the 911 era and never went when it was TOTR.

I believe they finally closed in 1996, with the name being "DV8."  The place sat there vacant for a couple years. Eventually some time I drove by and happened to noticed it was now something else. Nothing really left to indicate it was ever there except people with stories of our decadent youth, or what we can still remember! 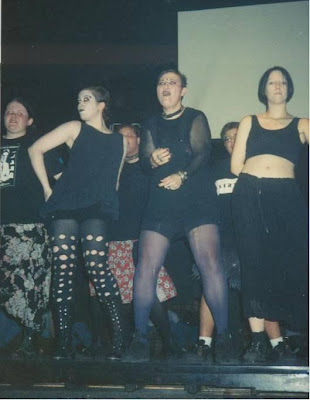 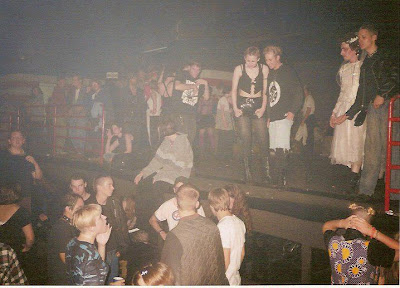 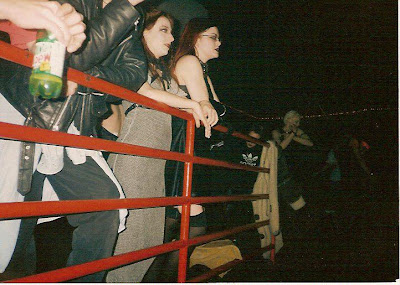 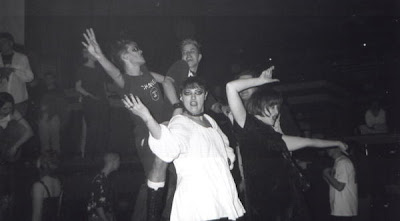 Jef_Leppard
is the real deal. DJing "retro nights" in Grand Rapids since 2004 and cruising the city in his restored '77 Pinto, this dude doesn't fuck around.